So the big move is in three weeks. Klaus and I have quite a lot to think about and a heap of paper work. There’s so much to do in the new house that it’s a bit difficult to work out where to start. Everything seems as urgent as the next.

We went for a walk past this morning just to check it was still there.

I’ve uploaded two photos we took when we viewed the house. One sums up the excitement and blank canvas that is facing us. It’s the long empty garden which is such a luxury in central London and being so bland at the moment is ready for us to plan and set it out just as we want it. You can also see the back of the house and despite the rather random extra window that has been added at some point it looks so distinctly simple and of it’s time.

The other is a shot of what was, probably some decades ago the kitchen in the basement. It looks like something a film location scout might be interested in to shoot some kind of kidnap scene.

There’s a spot that is even worse which is the large storage area off the front of the basement but it’s gives me the creeps so I haven’t go close enough to take a proper photo (yet). 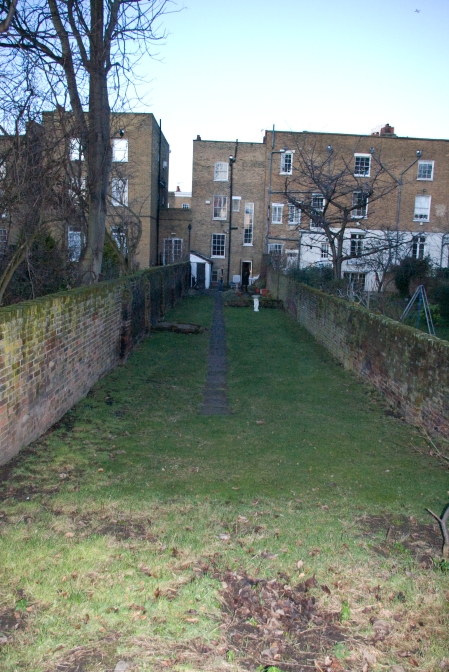 2 thoughts on “The beginning”