First up is the bathroom. We have a new roll top bath ordered, paid for and arriving tomorrow. The shower screen and tray have arrived and we went out and bought some simple tiles. We’ve also started the process of building the utility cupboard which goes in the corner of this room. The new washing machine is sitting next to it ready to be slotted in. Plus plasterboard has gone on the ceiling.

We were however still missing a sink (and a loo). Everything we saw in the showrooms we either hated or was extremely expensive so we decided to check eBay. At the pub on Friday night using their wifi we found a very nice sink not too far away and about to end. It had no bidders apart from us so we picked that up for 99p, incredible. Then we noticed that the seller had other items, a complete bathroom suite in fact all of which was about to end. Since we were going to their house anyway we bought their loo, shower attachment (which we are hanging onto for the basement bathroom) and another bath. The second bath we thought we’d keep for the taps as they are so expensive and find a new home for the bath. 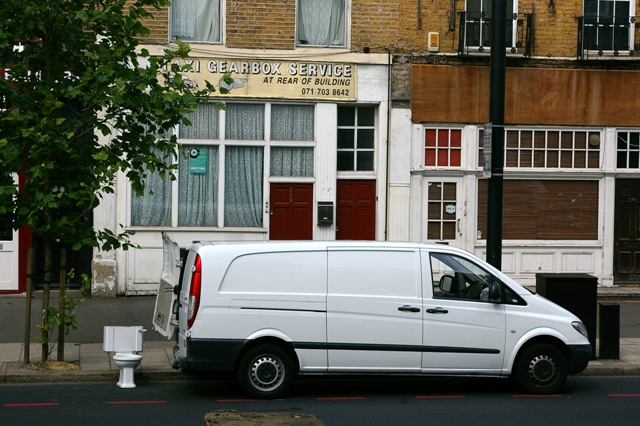 So that’s a very good condition bathroom suite for £7.48.

We left the bath out front as it was heavy and before we had the chance to take the taps off (which were ok but not too great) some very strong beachcomber came past and took it away. To be fair when this normally happens we’re pleased as we deliberately leave items we don’t need out front for poeple to take, but in this instance it was a bit swifter than expected.  I think we owned the bath for two hours maybe three. Nevermind.

On the way back to London from collecting our loot we swung past the Graham and Green warehouse sale in Chiswick and bought some small bits and bobs. It’s worth checking out particularly for furniture. It happens about twice a year and everything is at least 50% off. 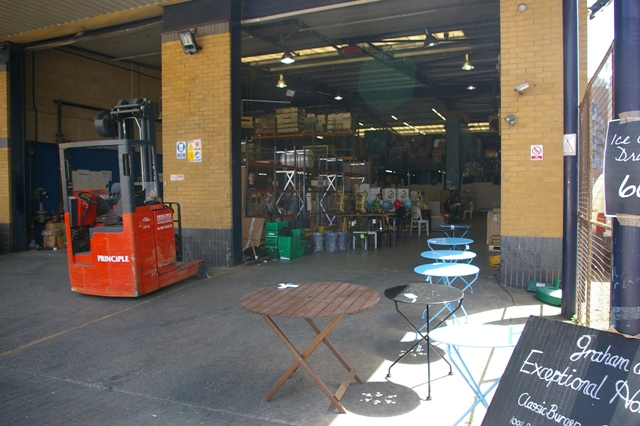 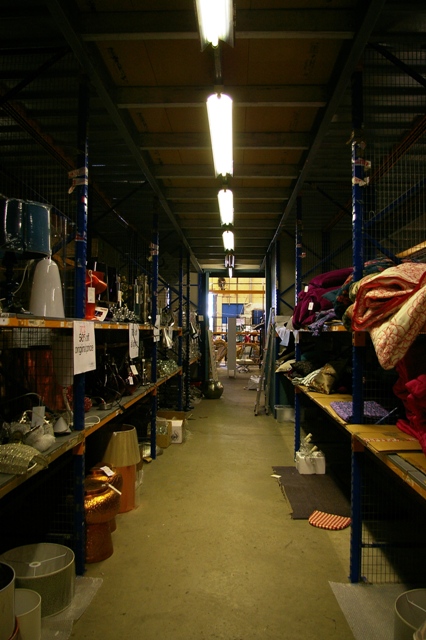 The other room which has had a bit of attention is the back bedroom. This is how it used to look. 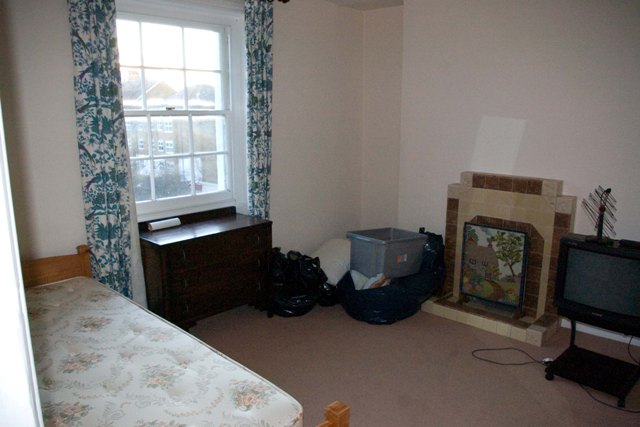 And here it is now. It’s not totally complete but a quick facelift.

This is Chinese Blue from Farrow and Ball and the orginal curtains.

But unfortunately the view back onto the landing shows the general state of mayhem.

This room and a few of the others have boards that can’t be put back down. Either they are too fragile or they have been cut but not across the beam so they are impossible to repair. So we went to the reclamation yard and bought some  new/old boards.

Some other treasures at the reclamation yard. These are taken on my phone so not great quality shots.

The boards are now in the house waiting to be fitted.

So still lots and lots to do.

9 thoughts on “A busy weekend”