The garden wasn’t the first priority but some plants did go in last year and some more have been added bit by bit. They have started to grow and spread and fill in the gaps. The result being that the garden is starting to look less like a grassy bowling alley and more like… well… a garden.

The lavender in particular has flourished and is just about to bloom. 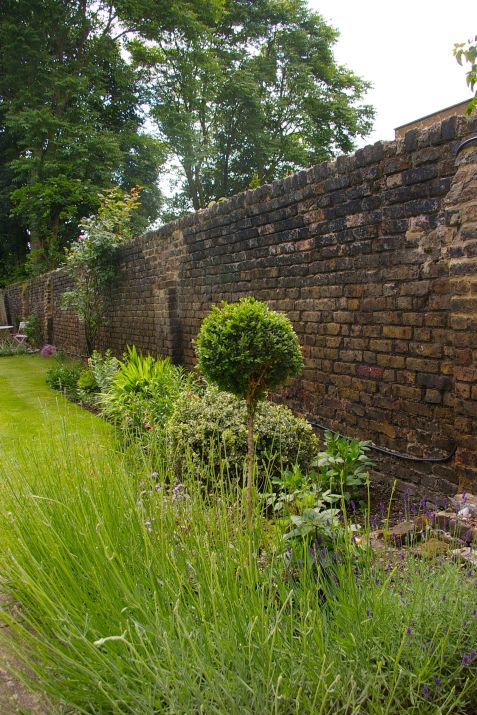 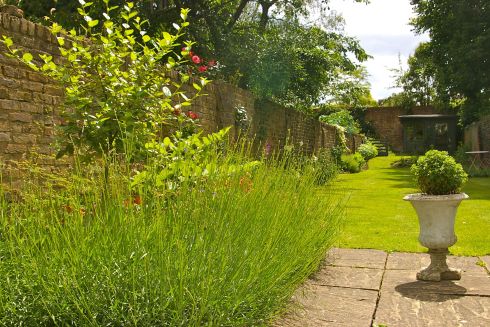 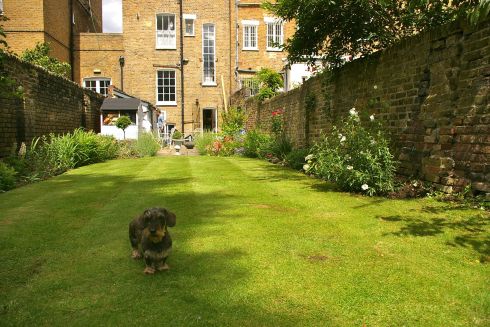 I planted some herbs in an old sink.

And some sweet peas against a security grill which used to be fitted over one the windows.

The area at the back of the garden by the studio had been the most neglected. We just didn’t have enough plants to cover this area straight away. It’s also terrible soil as it is full of bricks and broken glass, the result of the bottom of the garden being used as an informal tip for many decades.

However a large central bed has now gone in, although it still looks rather barren.

Just a few of the bricks you have to dig out every time you put a plant in.

The side beds at the back have vegetables in them. Onions, beans, parsnips and some very vigorous looking potatoes.

Again rubble had to be removed. 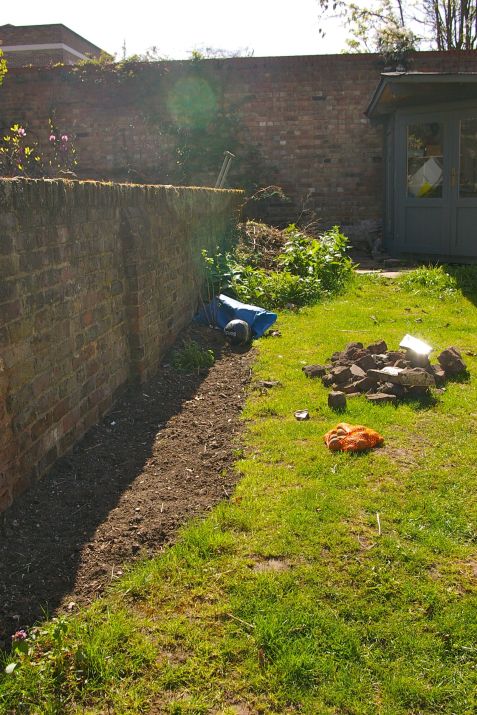 Potatoes looking healthy on the right hand side of shot. 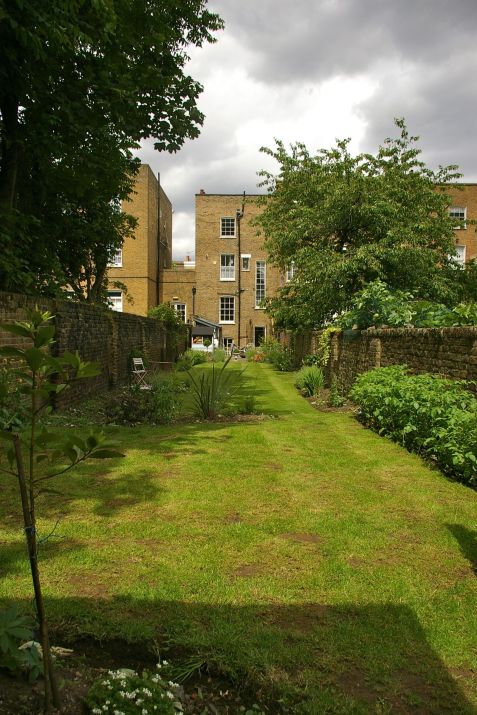 There’s also now an enormous compost heap next to the studio with a neat little fence made from off-cuts. 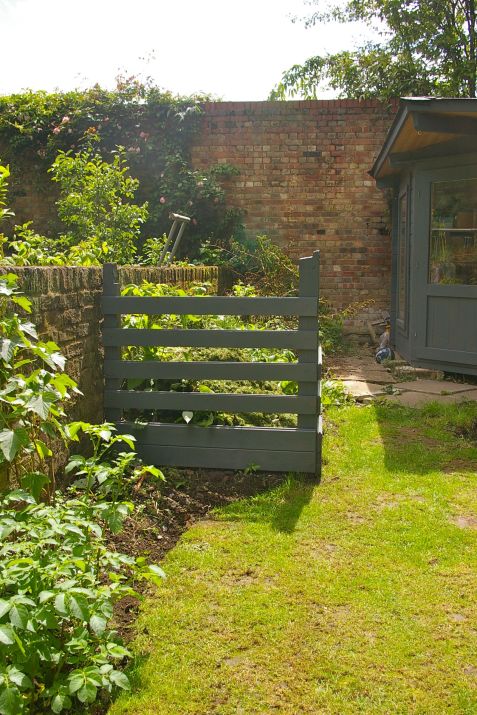 I think the studio is looking really pretty now as plants start to grow up around it. I love working out here.

Lastly something that is more a work in progress. There’s a patch of grey concrete halfway down the lawn which is probably the base from an old shed or greenhouse. Removing it would be a be a bigger job than you might think.

The solution has been to paint it white and surround it with some more lavender. The plants need time to grow and the white needs to wear a little plus that shovel needs to find a new home, but overall I think it’s an improvement. 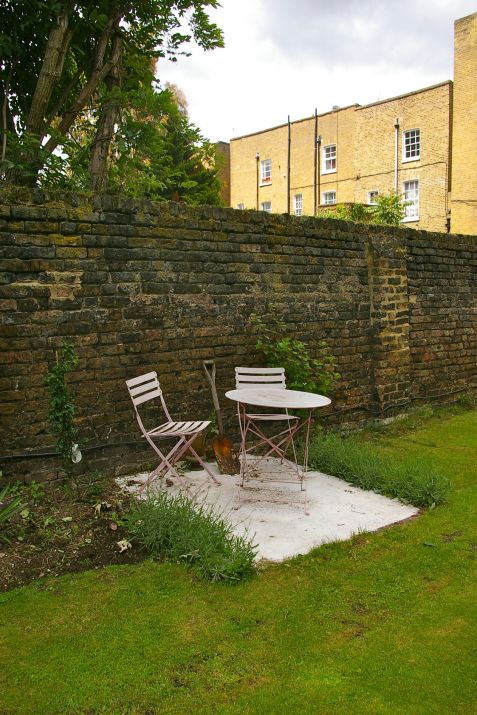 There are quite a few more plants about to come into bloom and I am still slowly adding more so hopefully by the end of the summer it should be starting to look quite complete.