I’ve been on been on the search for a large lamp to go in the flat for some months now. I couldn’t make up my mind what I wanted, super modern, a kind of Victorian fringed affair or a rather kitsch fellow like this. I decided on kitsch as you can see. 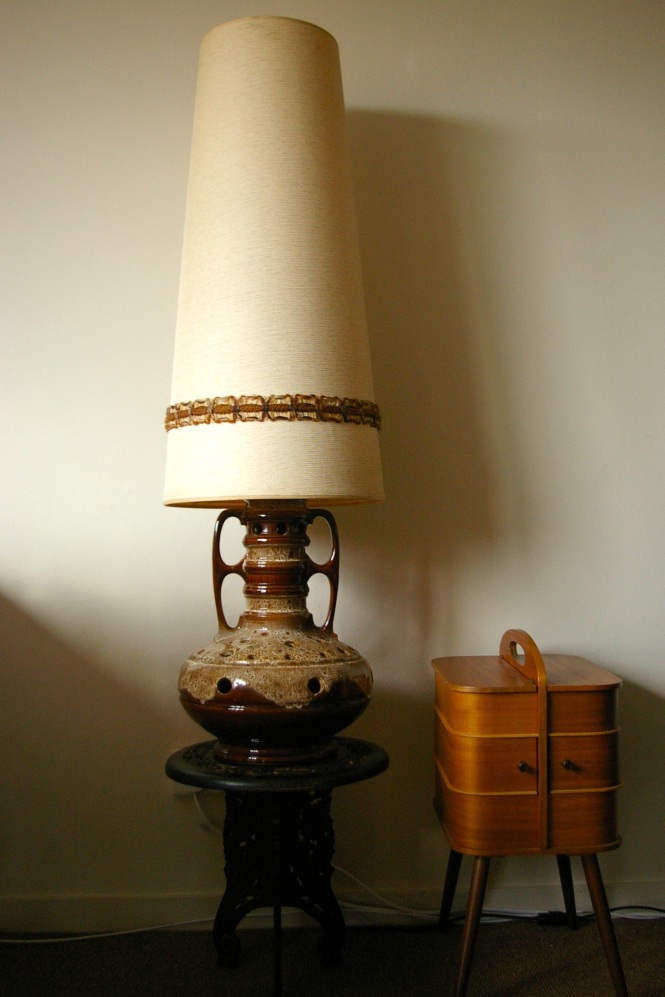 I’ve been stalking lamps like this on online antique/retro shops and ebay for awhile now. At first I couldn’t decide if I truly wanted something with quite this much of a sixties vibe (I assume sixties) in my home. However, once I had noticed them I started seeing them everywhere, in magazines, as props in TV shows etc and I thought they looked quite cool. This beast I finally found on ebay from a private seller outside (expensive) London. I think it was a total bargain and now that I have it in place and really pleased with how it looks. Much more interesting than anything I’d have bought in Habitat or John Lewis, and cheaper. 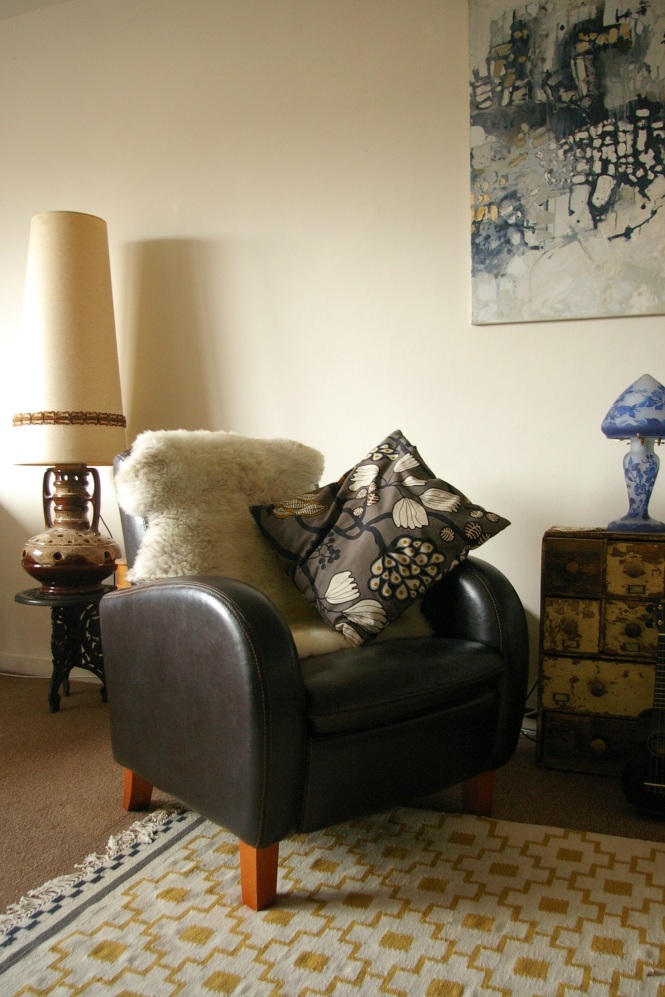 These lamps are from a era of West German pottery known as Fat Lava. While I was searching for my perfect lamp I became aware of the pots and vases also available from this era. I’m no expert but I do know that period extends from roughly the 50s-70s and includes a number of factories based in West Germany that produced a range of signature shapes and glazes. Some of them are truly wild, and apparently are becoming quite collectable. Although obviously not that collectable yet as I have acquired a few for very little cost. 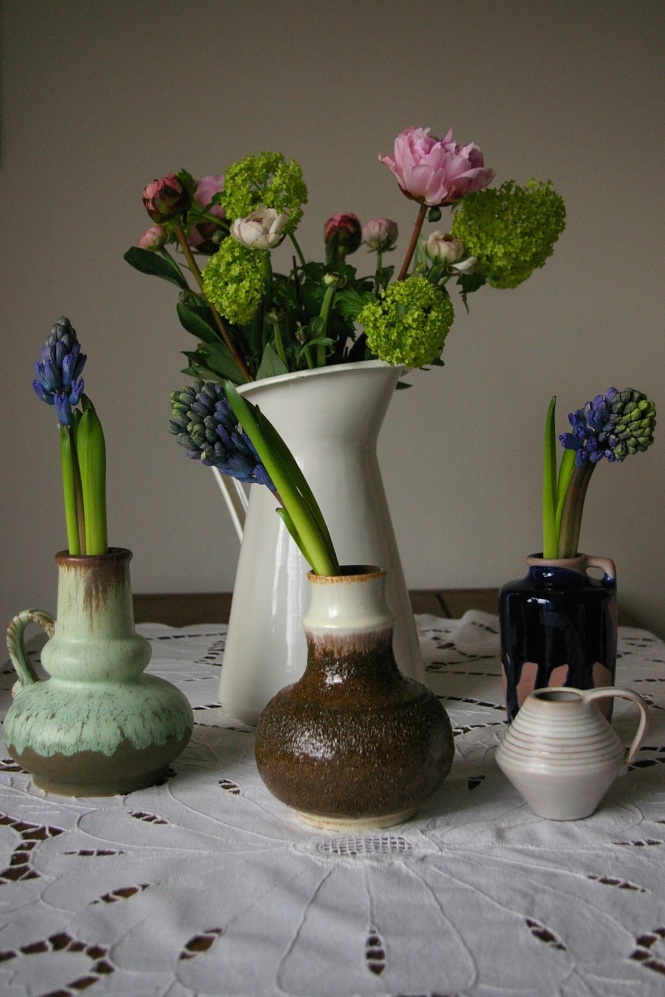 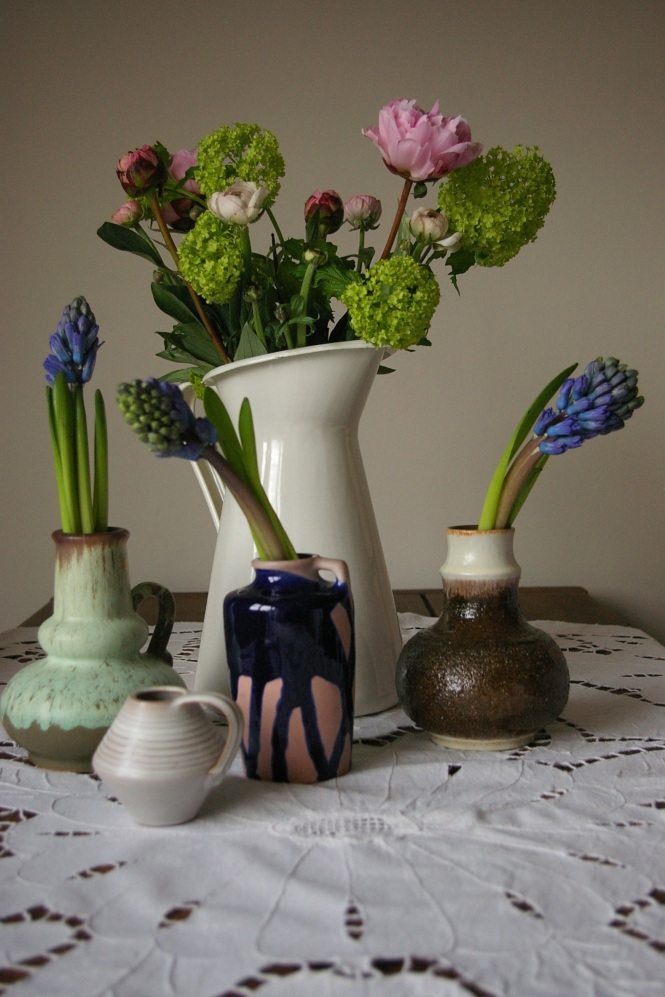 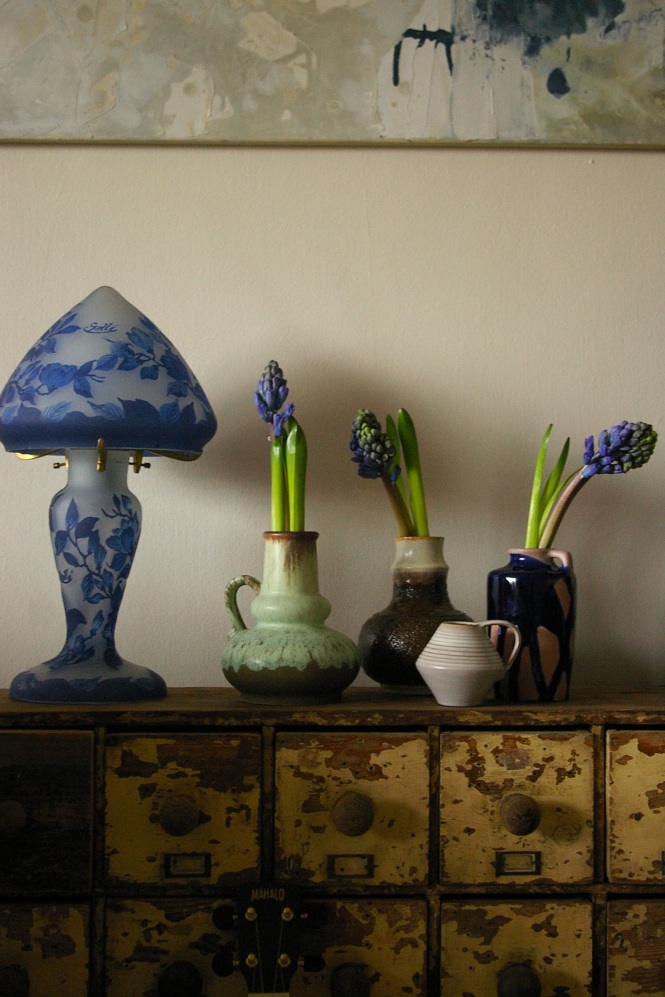 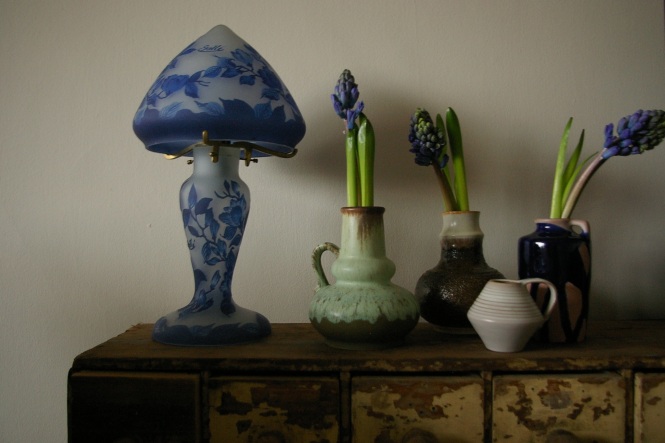 They remind me of the kind of thing you might buy in Anthropologie.