A bit of a belated post, really I should have put this up before Christmas. Unfortunately I couldn’t as it’s actually a gift idea which needed to be secret.

Making people presents can be a bit hit and miss…..some are well….more desirable than others……Despite that I decided to make soaps and inflict them on my unsuspecting family as a Christmas gift. I actually think they turned out quite well, plus it was really easy to do. Hence I am documenting it here.

I bought the elements from a specialist site but you could easily assemble your ingredients separately. 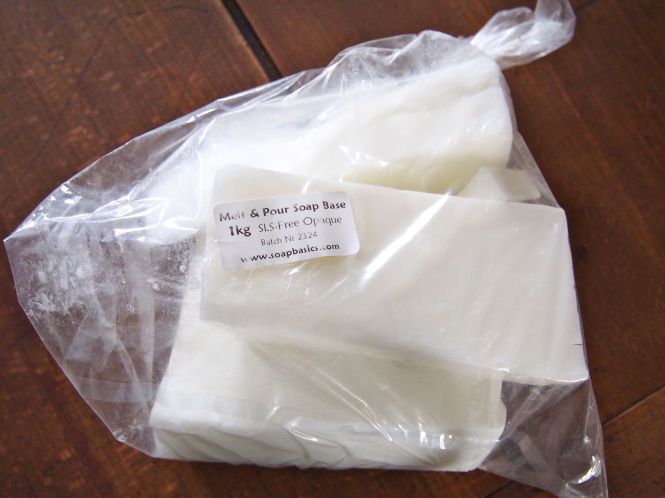 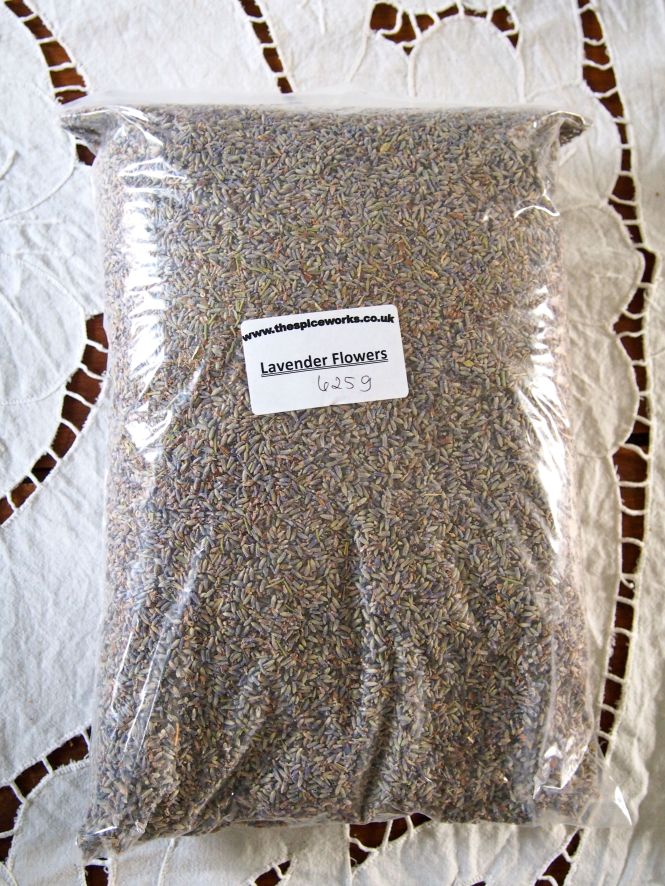 I made two types – rose and lavender.

The process is very easy. First you chop and gently melt the soap using a bain marie.

Then allow it to cool slightly before mixing in the dye and ingredients. I found that it was best to add quite small amounts as it was easy to overdo it. 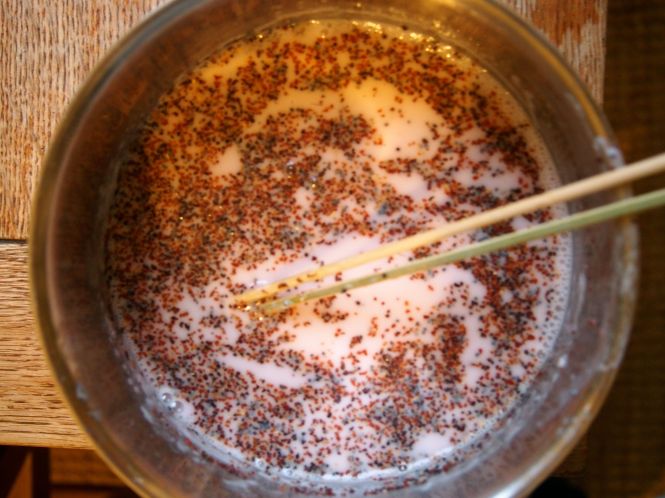 Then you gently pour them into moulds. I did buy some specialist moulds but I also tried some cup cake moulds I already had and they were far better. A couple went wrong, for example not filling the mould enough or adding too many ingredients which all just settled at the bottom. Those I gently re-melted, amended the mixtures and allowed to set again. 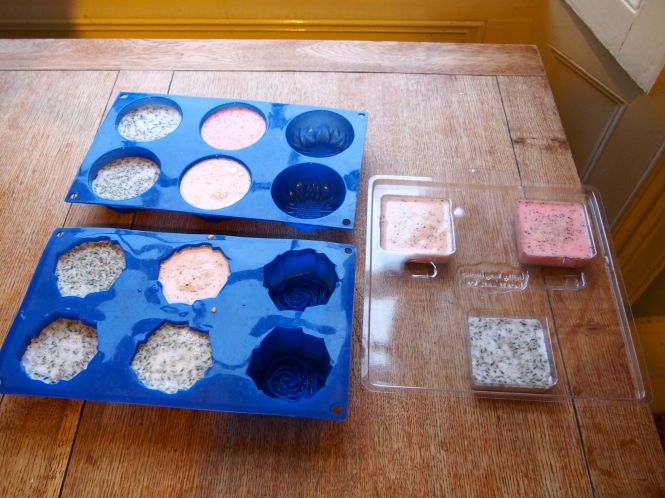 I let them set overnight before popping them out. 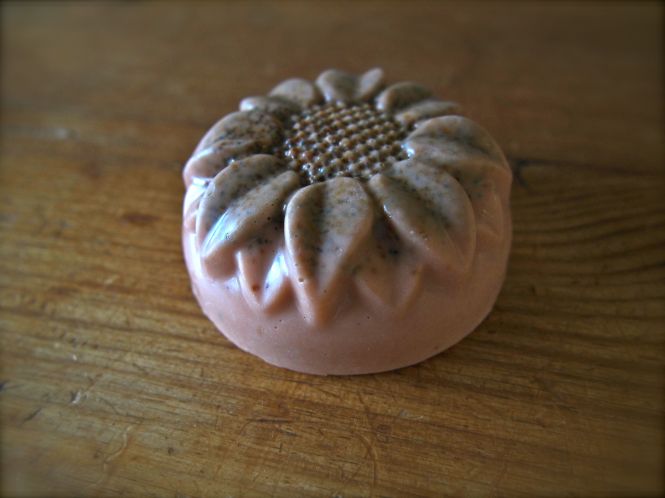 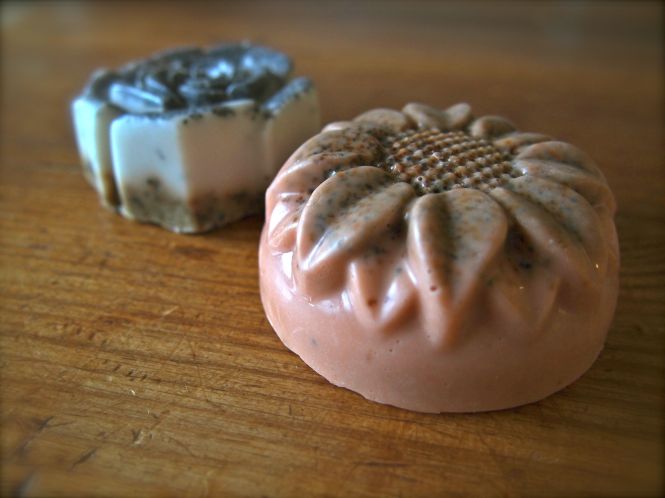 Then I wrapped them in some festive paper and basically that’s it. Very very easy. 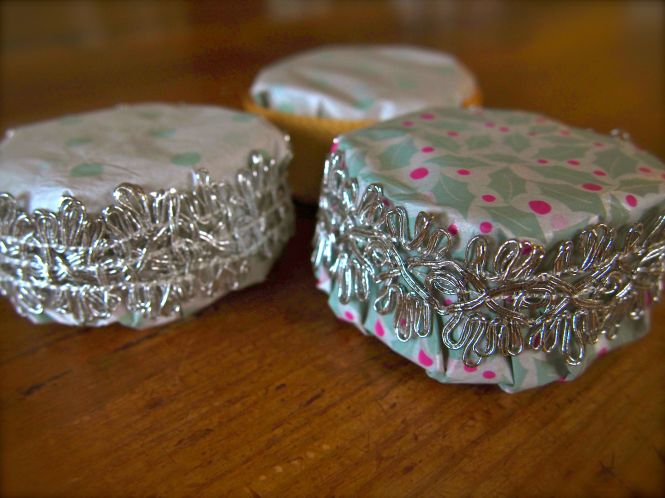 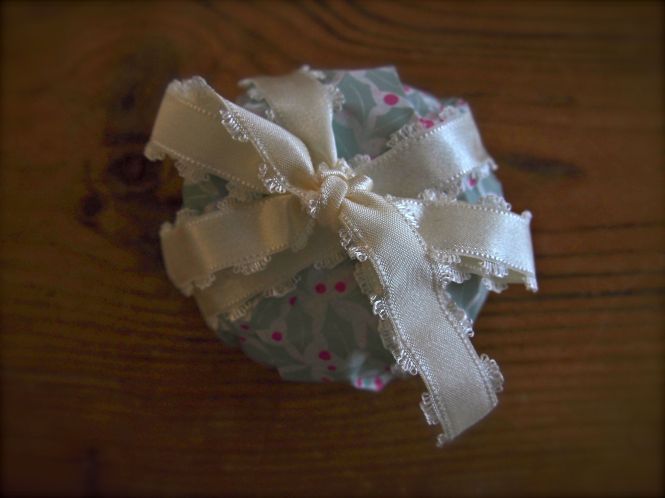 Early-ish on in the process of working on the house I tried out a pretty bold colour combination in the hall. At the time Farrow and Ball had released a new range of colours used in quite strong combinations that I really liked.

Based on this and my love of Cinder Rose and Arsenic I went for a combination of the two in the hall.

It was a pretty polarising choice with some people loving it and some being politely not so sure. For me there were two things I didn’t like, the first was that despite using colour throughout the house (I’m not really a fan of all white homes) the other rooms are more muted. The other was how the Arsenic coloured door looked when opened into the kitchen, not great against the Pigeon walls in my view.

And so a change has been made. Something more sober. 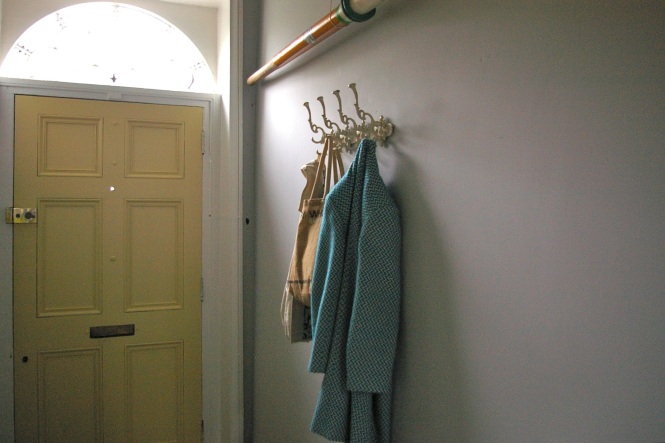 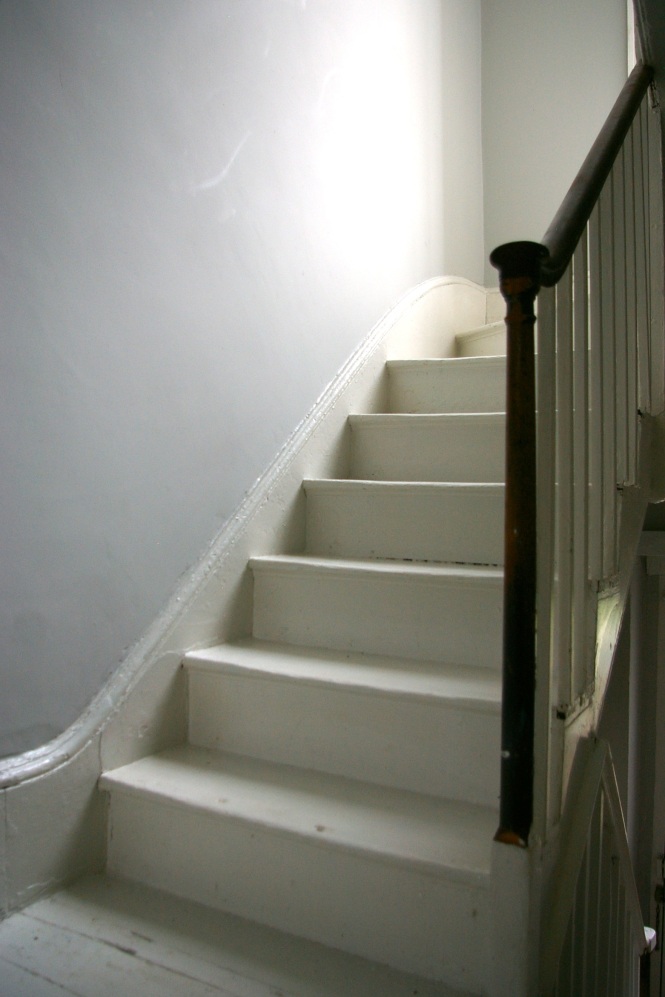 This time I have gone for Pavilion Grey on the walls and Hay on the doors. I’m still getting used to it but so far I think it’s a big improvement. I certainly feel it works better with the colour of the kitchen.

For those not based in the UK winter here ended about three weeks ago and we went straight into a heat wave (at least that’s how it feels to me). Fortunately I was ahead of the game and had been stalking eBay for a hammock – I had a hankering for one.

I don’t have two helpfully placed mature trees in the garden so it needed to be a free-standing one a frame. And I finally found one I liked which was reasonably priced.

It’s relatively easy to put together, although a bit bulky for me to do alone so my dad helped (well in all honestly he did it and I helped him – he reads this so I have to tell the truth). 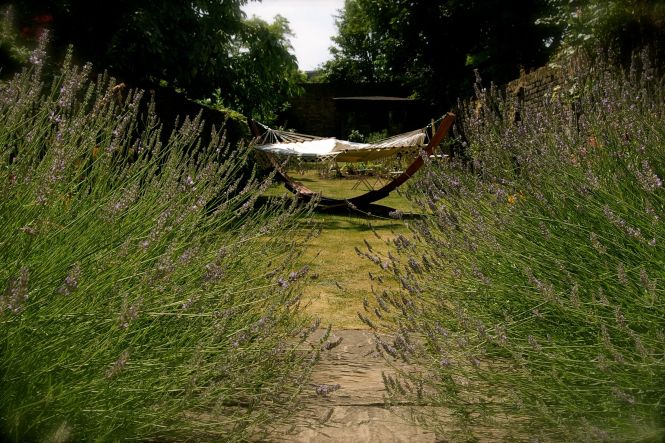 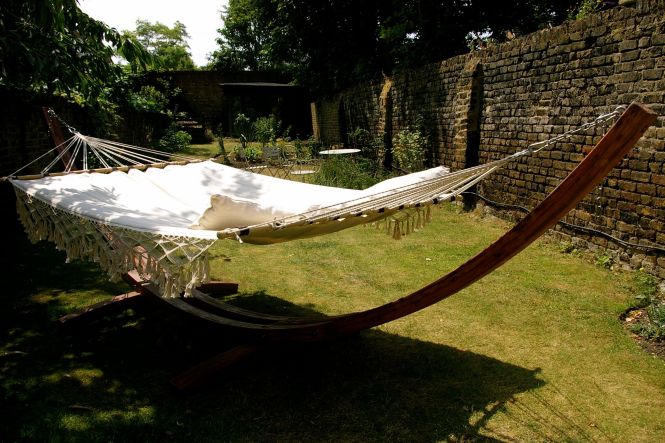 It’s popular with Heidi (who has lent this blog her name) to sit on….

….or under for a bit of shade.

And it’s well-timed as the garden is really lovely at the moment. Some of the plants I put in last year are already quite mature.

And the sweet peas I started from seed on the window ledge are doing well.

The front garden needs a major overhaul, or at the very least some aggressive pruning.That’s a bigger job than I have time for right now so I’ve added some pots as a quick fix.

Eight plants for £10 at East Street Market is, I think, a bargain. For those who live in London and particularly SE London I would recommend East Street. I think the plant market, which is a section within the market, is only on Sundays. It has a limited number of stalls (it’s no Columbia Road) but it still has a good selection and the plants are much cheaper than in a garden centre.

So a few pots and some other nice details and maybe no one will notice the bits needing more serious attention.

I have been lucky enough to be shortlisted for the Affordable Design Blogger Awards. It’s open to public vote so if you fancy being super kind (and really want to) you can vote for me here.

It’s actually well worth checking out the other blogs. There’s quite a helpful post on Growing Spaces, which has also been shortlisted, about hanging plates which looks worth trying. I might give it a go….

I have always had a deep hankering for a longcase/Grandfather clock, along with my other favourite window seats there’s something intrinsically charming about them. Then recently I came across Swedish Mora Clocks. I’m not sure where I first became aware of them, but the winding internet path eventually bought me to Swedish Interior Design. Based in Brighton and run by the very helpful Jo and Madeline (quite the Renaissance couple – they are also involved in music, fashion and food) they specialise in importing Swedish furniture to the UK and in particular, or at least of particular interest to me, Mora Clocks.

Their home is a showcase for their style. 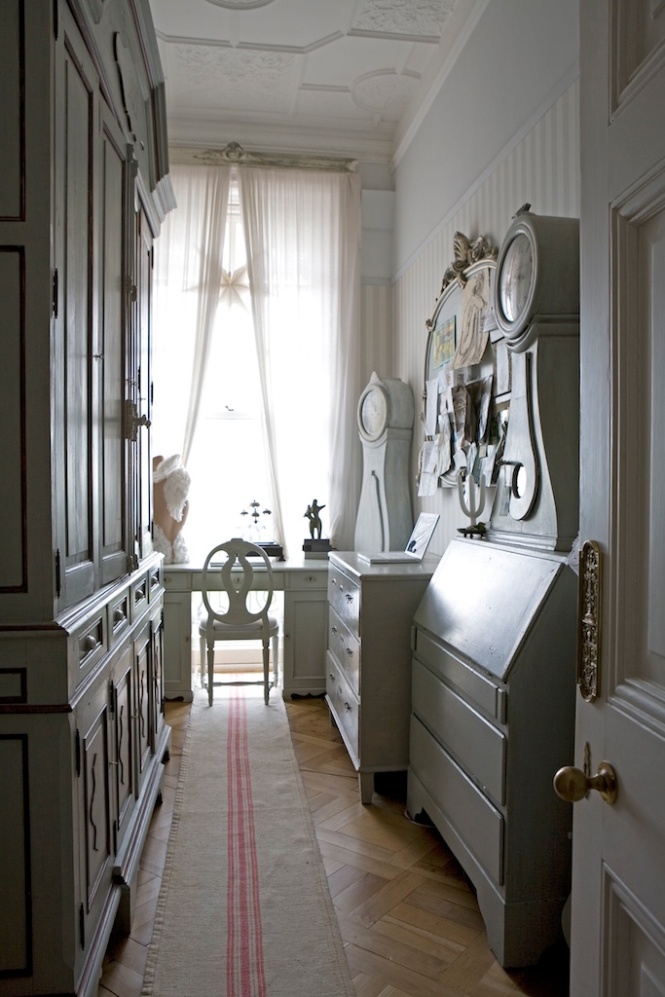 Mora clocks are named for a town in Sweden and as Jo explained come in all colours and sizes, with some having a dinstinctly more rustic feel and others suitable for the grandest houses in the city. Here are some images from their showroom. 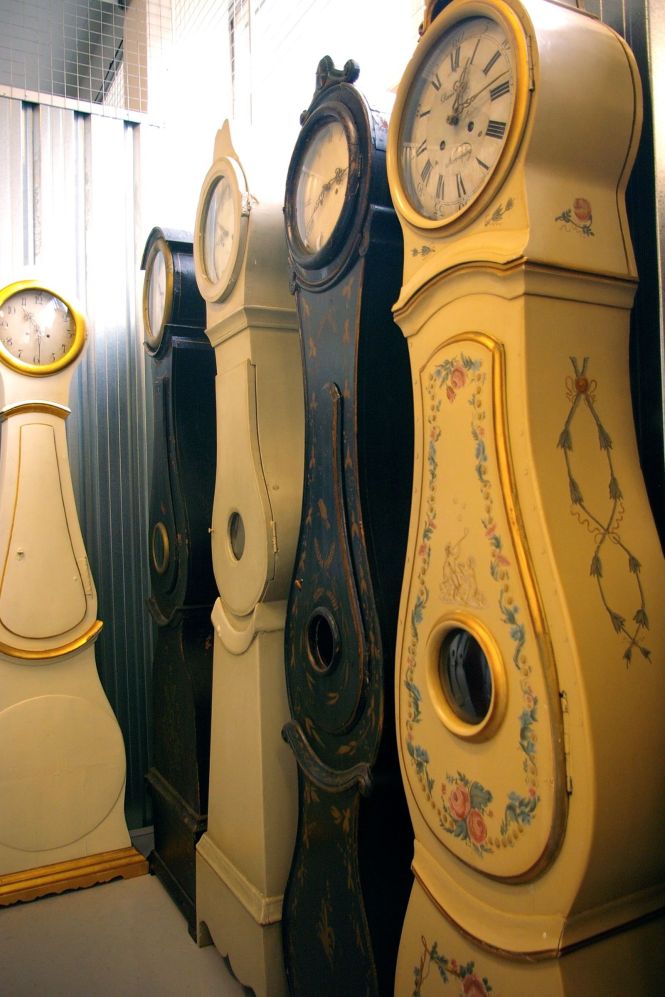 And here is my chosen clock safely delivered and installed at home. 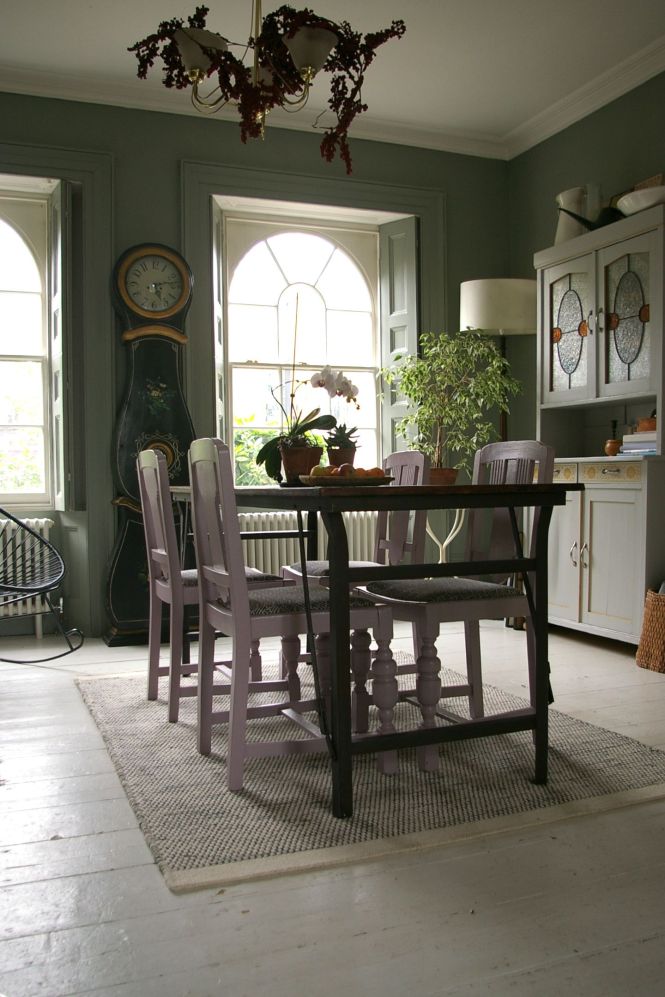 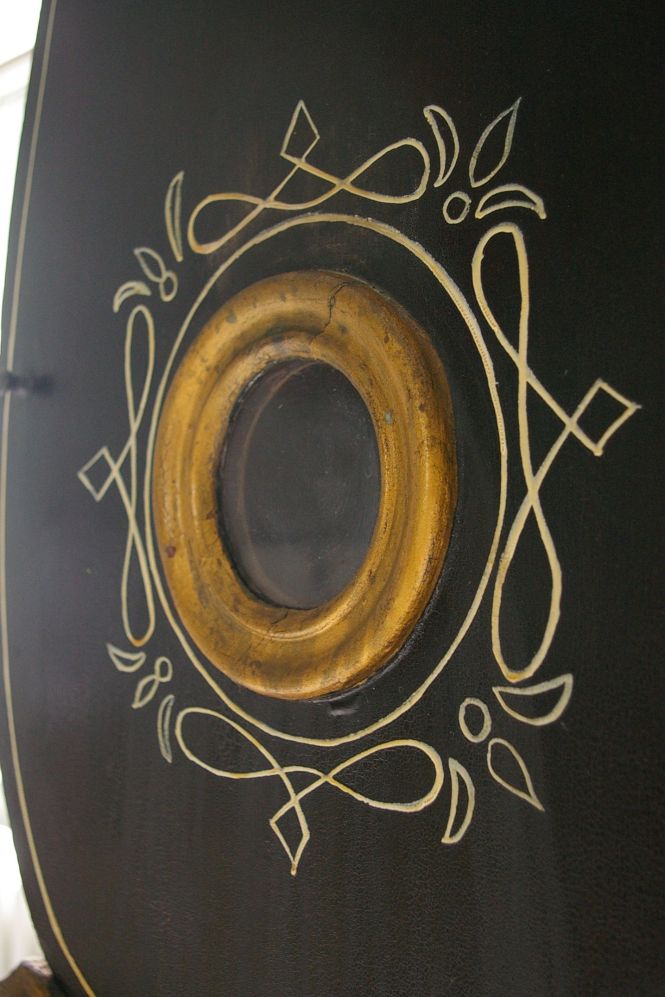 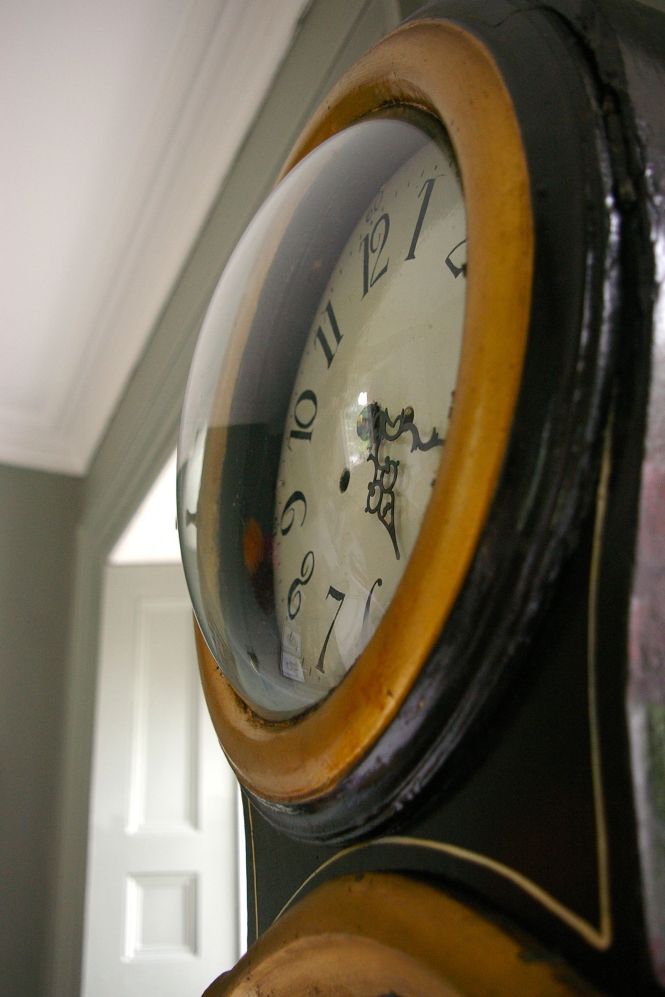 A bit of a cushion theme going on. You can’t have too many right.

A while ago I embroidered this piece of fabric always intending to make it into a cushion.

I completed the sewing some time ago but only got around to finishing it up recently. And here it is… 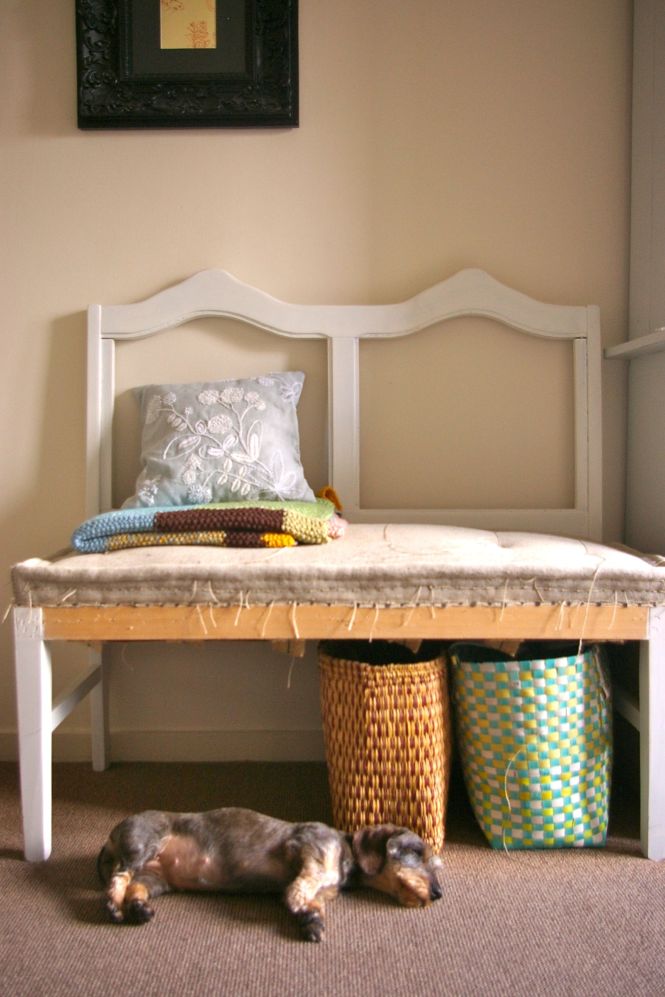 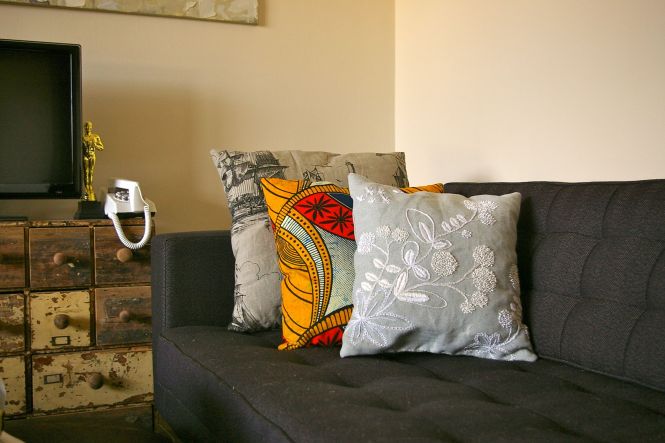 I treated myself to something new last weekend.

Normally I try and make cushions myself. It’s so easy to do (as long as you’re not a total perfectionist) and a quick way to update a room. Plus it’s much cheaper to buy some fabric and do this yourself. However, this one I couldn’t easily make and I liked it = I justified the purchase. 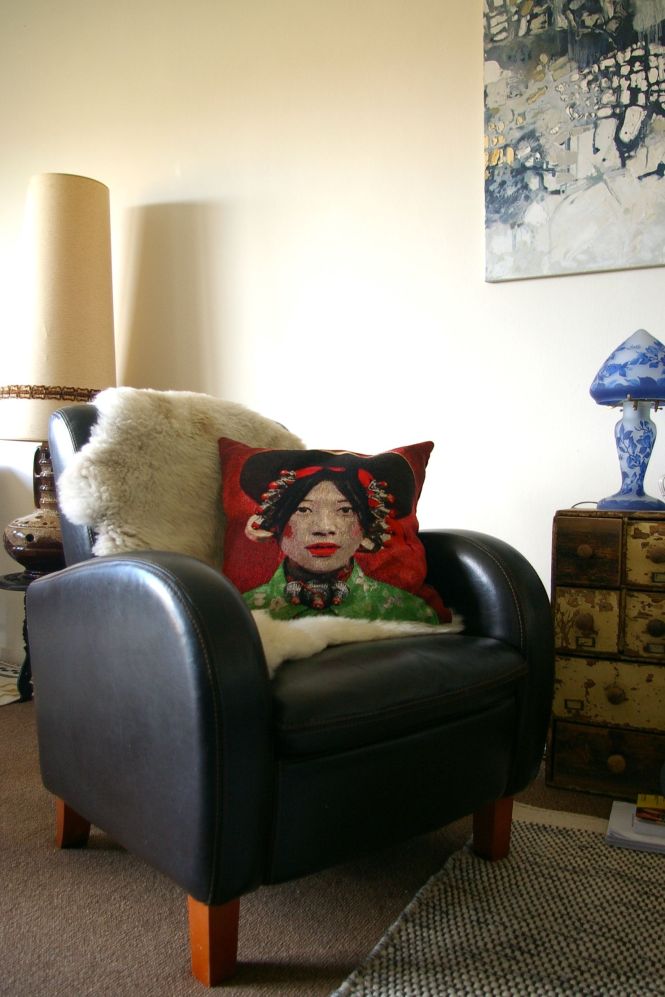 I found the image really quite striking. In the East Dulwich shop Mrs Robinson where I bought mine they had this lady and another version showing a Geisha. I later found the same cushion I bought plus another alternative on Graham and Green (and a  bit more expensive – I felt good about that).

They are made by Danish company Au Maison and they reference the range of Tibetan images as being by Steve McCurry whom I assume is the same Steve McCurry who works as a photojournalist. His site is well worth a look as it has a host of images from his travels, he is also known for his striking and very very famous image generally referred to as Afghan Girl. So there you go, photojournalism in cushion form.

In a total change of tone I have also started trying to sort out the garden. Spring has finally sprung and plants can be planted. Last year there was some success with sweet peas rambling up a grill on the patio. So I am growing some more. 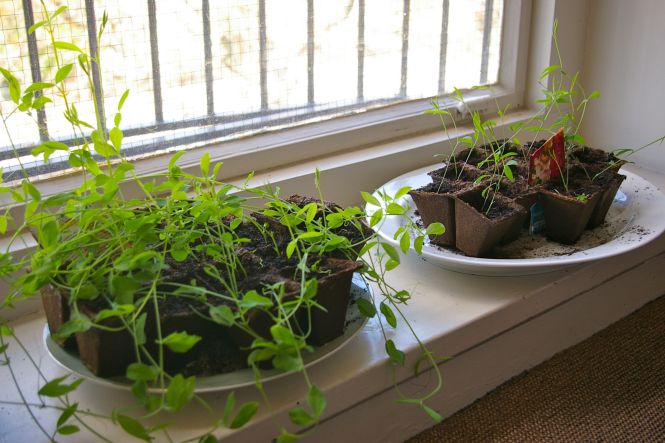 The garden, despite quite a bit of planting, is still pretty barren in places. This year I hope will be a year that really changes that. It’s top of my list.

And finally a bit of exciting news, I found out earlier this week that this blog has been listed by The Telegraph as one of the Top 50 Interior Design Websites. I’m very surprised…but pleased.

You know the idea that things come in threes (good or bad depending on your disposition)? Well that’s sort of happened to me.

A few weeks ago I noticed a rather stylish infographic that showed just how tiny our houses are compared to our European and American cousins.  Frustratingly I can’t remember where I saw that or I would post it here. However, it stuck with me, I knew our houses were small but I didn’t realise they compared quite so unfavourably.

Then last weekend I was on the train out from London to visit Bath for the day (very beautiful – I recommend it) with an American friend and they commented on how surprised they were that even outside London the houses remained quite small. I didn’t really have an answer for that.

So, when earlier this week I received an email from the Royal Institute of British Architects (RIBA) about a campaign they have started that  aims to improve the space and light standards in new build homes in the UK I thought ‘interesting’.

The campaign is fronted by the ever popular Kevin McCloud. Here he is – hello Kevin! Basically RIBA are concerned with the size of new build properties and have worked out that the average one bed flat is the same size as a tube carriage hence this short film to highlight that.

They have many other facts like  “If left to the minimum regulations, 1 window per room at just 45cm x 45cm could become commonplace, the same size as the average cushion!” which  think is intended to ensure you have an escape route in a fire rather than anything to do with light and space.

Anyway RIBA are encouraging us to visit their website read the facts and contact our MPs in order to try and introduce some minimum standards. Have a look….

Recently I received an invitation to a seminar at Anthropologie on Regent Street (this is no special treatment – I’m just on their mailing list and keeping the company afloat with my spending habits). It’s pretty close to my office so I went after work.

The event was very well attended, I was lucky to get a seat. I’ve never been to a do like this before and it was hard to avoid noticing that almost everyone was female, incredibly well-groomed with fashionable (but not too fashionable) clothes and quirky jewellery that showed her creative side. We tip our hat to this cliché, gently side step it and move on….

The evening was based around a talk given by Abigail Ahern to support the launch of her new book Decorating With Style – and yes I bought one, in one stroke doubling my collection of interior design books.

I wasn’t sure what to expect and whilst I have heard of Abigail I wasn’t that well-informed about her style. So I was pleasantly surprised to find it really interesting. Abigail made a few points that resonated with me, things that I felt I had stumbled upon in some of my more successful projects which Abigail helpfully explained making it much more likely that I will now remember them and use them again. Thanks Abigail.

Here are a few things she said which made me think…hmm…yes I’ll remember that. 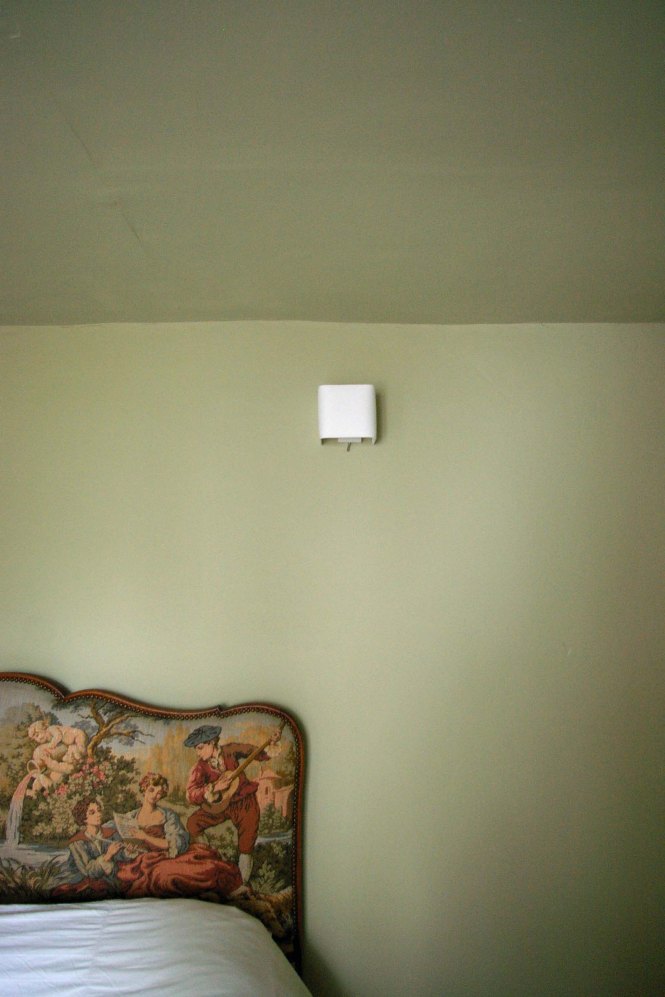 She said a lot more, but those were the bits I remembered.

And here’s a link to Abigail’s Pinterest page which is well worth a look. And some pictures that she shared on the night. 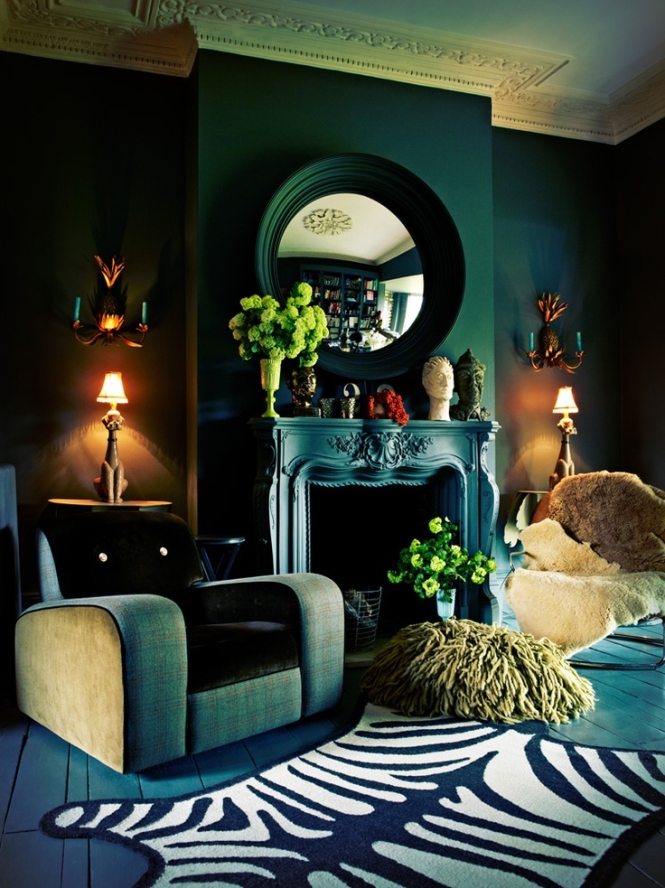 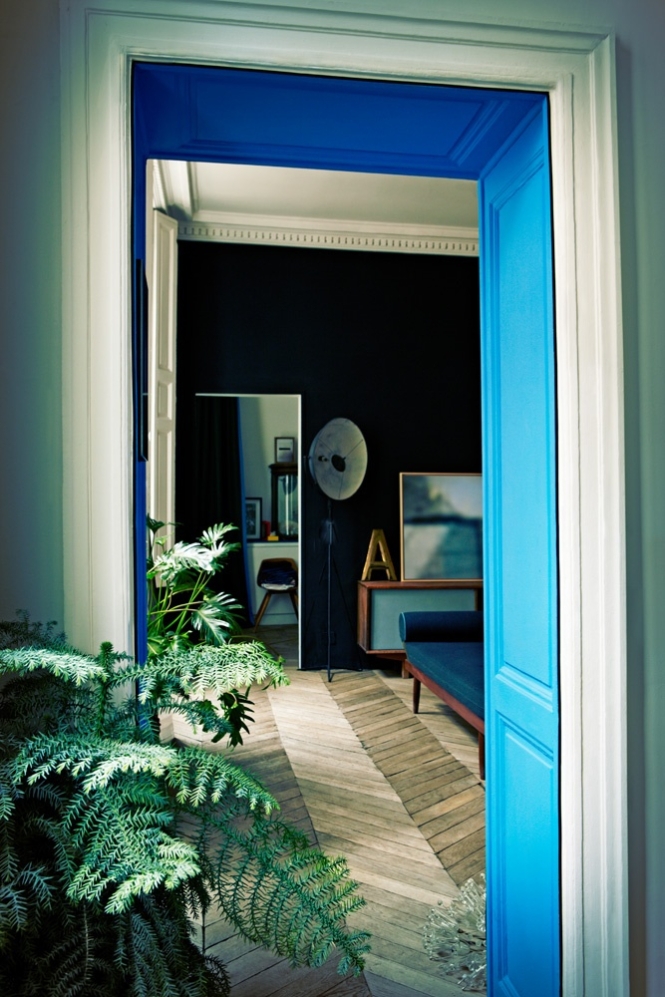 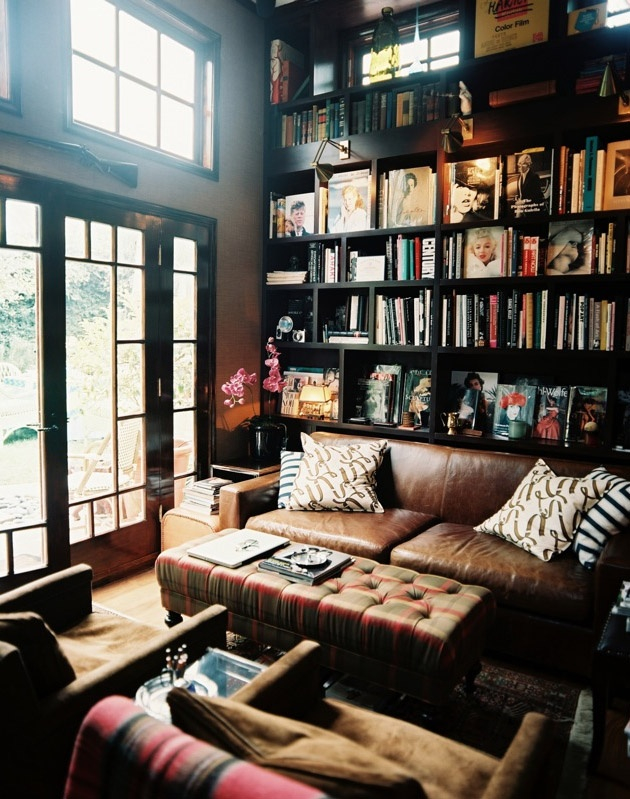 A rather small and possibly ill-prepared goalkeeper
Move over Monty Don. Very proud of my agapanthus that I cultivated from one original plant. #gardening #agapanthus
Lunch with the extended Pacheco tribe.
Slow moving snack
Great font. Unfortunate cable placement.
And repeat #myboytiago